Lack of Transparency Could Hinder Virus Bailout, Oversight Board Warns 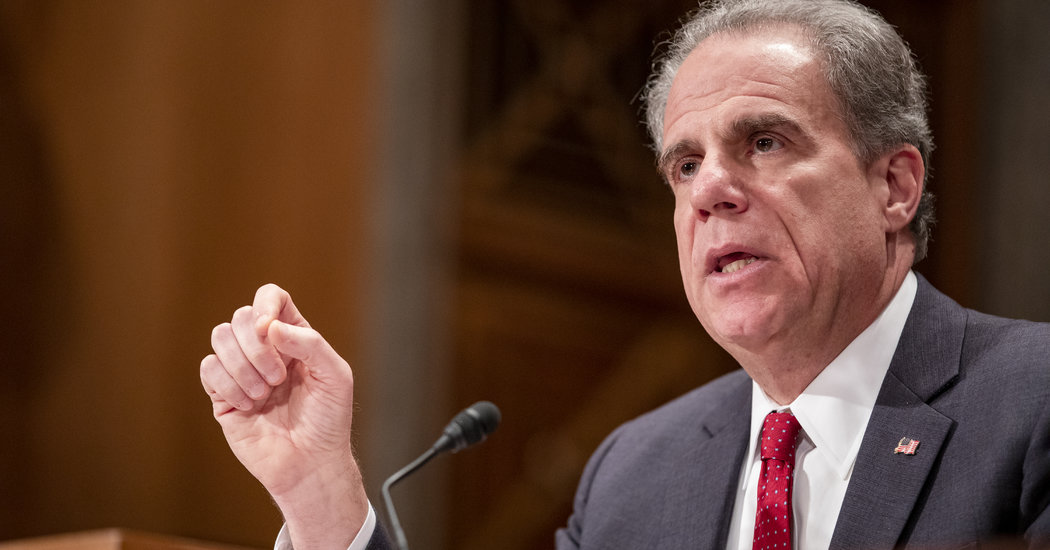 WASHINGTON — The new federal oversight board responsible for tracking how $2.4 trillion in bailout money is being spent warned on Wednesday that a lack of transparency and feeble reporting requirements could hamper its efforts to ensure that the funds are being deployed properly.

In its inaugural report, the Pandemic Response Accountability Committee, a panel of inspectors general, laid out an array of obstacles facing the country’s largest-ever economic relief effort. The concerns come as the White House has taken steps to curb the power of inspectors general throughout the federal government and as Treasury refuses to disclose where small business loan money is going.

“Key areas of concern include both the need for accurate information concerning pandemic-related spending and the significant amount of money federal agencies may lose as the result of improper payments,” the report said.

The 88-page document examined the challenges facing the entire federal government as it manages its response to the coronavirus pandemic. Two notable concerns focused on the Treasury Department and the Small Business Administration, which are overseeing more than $1 trillion in bailout money that is being used to support small businesses, backstop Federal Reserve emergency lending facilities, support the airline industry and assist local governments.

One of those programs, a $150 billion fund to help state and local governments, has been flagged by Treasury’s inspector general for a “lack of accountability and transparency.” Recipients of coronavirus relief funds have gotten money “without agreements or terms and conditions establishing requirements for the use of funds and reporting on such uses, among other things,” the report said.

The committee said Treasury had agreed to work with its inspector general to develop guidance that would ensure fund applicants and recipients were complying with the law and that records were available for audit work.

Another program, one aimed at keeping small businesses afloat through forgivable loans, also came under criticism for how it had been designed and overseen by the Small Business Administration and Treasury.

The committee warned that the government could face financial losses on the $660 billion Paycheck Protection Program, which has been designed to avoid making banks and other lenders assume any risk for the loans they extend. That could allow money to go to borrowers who did not qualify for the program and result in unpaid loans.

The scale of the program and the speed at which the agency is working to process loans has also opened the door to potential fraud, the report warned.

The review comes amid a growing fight among the committee, lawmakers and the Treasury Department over how much information the Trump administration should be required to disclose about those receiving bailout funds.

The acting chair of the committee, Michael E. Horowitz, complained to Congress last week that the Treasury Department was not demonstrating sufficient transparency and that its lawyers had issued an opinion that would further curtail oversight of more than $1 trillion in aid.

Democrats and Republicans in Congress have been pressing Treasury Secretary Steven Mnuchin to be more forthcoming about the whereabouts of the bailout money, particularly information about which companies have received small business loans. While some publicly traded companies have voluntarily disclosed receiving loans, private businesses are not required to release that information, and the Treasury Department has refused to provide a list of which companies received money.

Mr. Mnuchin told a Senate committee last week that the information was “proprietary.” Facing growing pressure, he appeared to reverse course on Monday, indicating that he would work with lawmakers to find a solution on disclosure.

Senator Marco Rubio of Florida, the Republican chairman of the Small Business Committee, said on Wednesday that he supported “full disclosure” but that Treasury and the S.B.A. were looking out for the concerns of small businesses regarding access to their financial information. Mr. Rubio, who has been holding talks with Mr. Mnuchin on the matter, said he was trying to find a way to disclose that addressed those concerns.