May’s unemployment numbers were shocking. Here’s how everyone got it so wrong 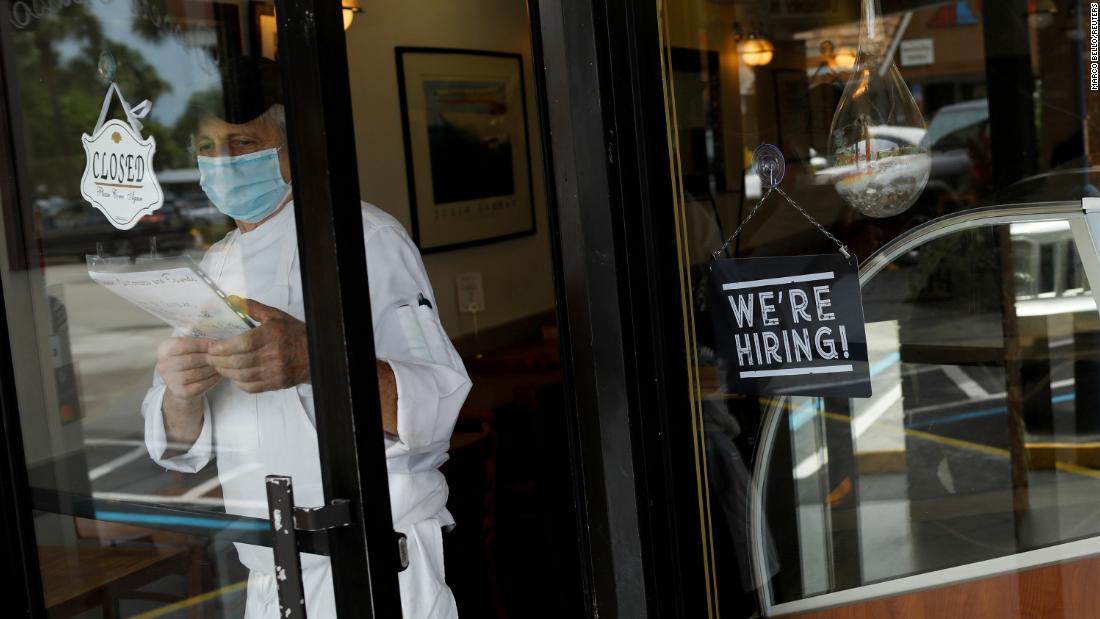 Economists were expecting the jobs report to show May was yet another horrendous month for workers. Those surveyed by Refinitiv had predicted another 8 million job losses and an unemployment rate nearing 20%. Journalists, reporting on economists’ forecasts, had prepared charts ready to show the unemployment rate at its highest level since the Great Depression.

Instead, unemployment suddenly fell in May as employers added 2.5 million jobs. It was the best month for job growth since the Bureau of Labor Statistics started tracking the data in 1939. And employment increased for white, black and Latino workers. Both women and men reported job gains and re-entered the labor force.

Although the job market remains far weaker than it was before the pandemic, the data seem to show it has at least stopped getting worse. And that’s good news, indeed.

Stocks soared on the news and President Trump fired off a series of tweets in celebration, calling the numbers “stupendous,” “AMAZING” and “INCREDIBLE.”

How could economists have had it so wrong?

Like everyone else, they are in uncharted territory, trying to forecast the economic impact of the pandemic. Other recent indicators, such as initial unemployment claims, continued to show millions of Americans filed for unemployment benefits each week in May. And just two days ago, a report by ADP, one of the largest payroll processing companies in the country, showed the private sector lost 2.8 million jobs in May.

It’s a “mystery” why the monthly jobs report contradicts those other data points, Ian Shepherdson, chief economist for Pantheon Macroeconomics, wrote in a research note, calling the May report “rather startling.”

“The biggest payroll surprise in history, by a gigantic margin, likely is due to a wave of hidden rehiring,” he said.

Economists’ models often rely on past trends to predict the future. In the case of the coronavirus pandemic, there simply isn’t a comparable moment in history to use as a guide. They’re learning as they go.

Some have recently tried to expand beyond the traditional economic indicators watched by Wall Street, incorporating high-frequency data sets from tech companies into their forecasting models. During the pandemic, they’ve been monitoring things like Google mobility data, Google searches for “unemployment”, OpenTable bookings to reflect the health of the restaurant sector and labor hours tracked by work scheduling software Homebase.

The recovery might have started way earlier than we thought

Aneta Markowska and Thomas Simons, economists from Jefferies, note that some of those high-frequency data sets pointed to a low point in economic activity in mid April, showing a gradual recovery since then.

“Jobless claims did not fit with that picture,” they said. “We now know that claims were wrong.”

One possibility is that many people who were laid off during the pandemic didn’t file for unemployment benefits, perhaps because they thought they wouldn’t qualify — whereas others were caught up in long processing backlogs. This could explain why the correlation between heightened jobless claims and the data in the jobs report didn’t line up.

The jobs report comes from surveys of households and businesses reflecting the second week in May, and by then, most states had started to loosen stay-at-home orders. Meanwhile, funds from the government’s Payroll Protection Plan may have helped many small businesses bring back furloughed workers. The jobs report showed restaurants and bars were the biggest job creators in May, bringing back 1.37 million jobs.

Unexpected job gains in May are, of course, welcome news. But even so, the job losses incurred during the pandemic are so devastating, the US economy is far from a full recovery.

At 13.3%, the unemployment rate remains near historic highs, and employers have yet to add back 19.6 million jobs lost since February. Job losses of that magnitude are so severe, they’re more than double the 8.7 million jobs lost following the Great Recession — and in a far shorter period.

“We really need a new way to talk about recessions and recoveries in a post-Covid world,” Diane Swonk, chief economist for Grant Thornton, said in a research note. “Calling May the end of the recession really does a disservice to the more than 19 million still unemployed and the extraordinary challenges we face as the economy struggles to reopen with the rate of infection still high.”