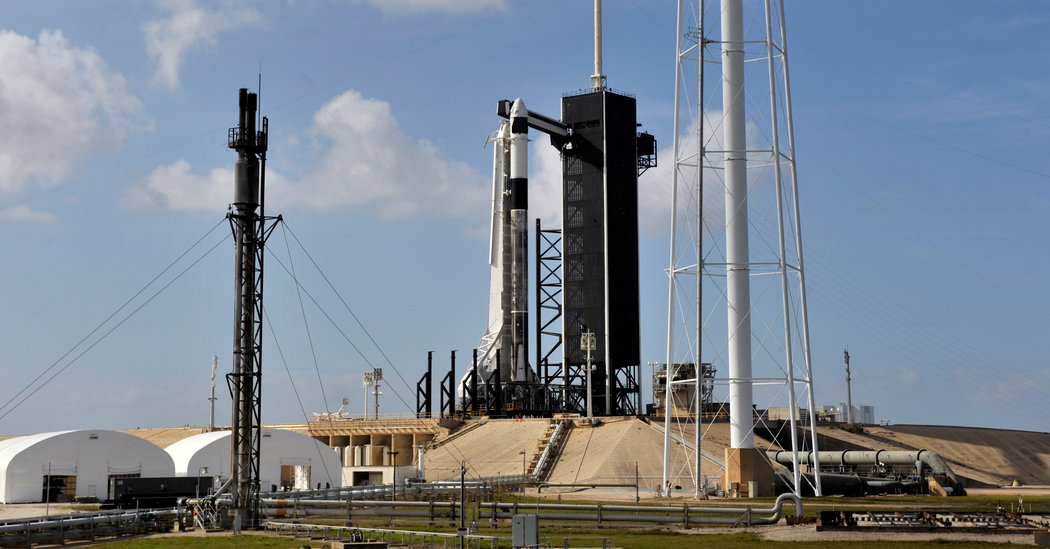 NASA announced on Friday that it has set May 27 as the target launch date for sending two astronauts to the International Space Station from Kennedy Space Center in Florida, aboard a rocket built by the company SpaceX.

Jim Bridenstine, administrator of the space agency, made the announcement on Twitter.

That would end a drought of nearly nine years since the last time people headed to orbit from American soil. On July 8, 2011, the space shuttle Atlantis lifted off from Launchpad 39A; it returned to Earth 11 days later. Since then, NASA has relied on Russia and its Soyuz rockets for transportation to and from the space station.

This time, the launch will again occur at 39A, but almost everything else will be different. Instead of designing and operating its own spaceship as it did for the space shuttles and earlier programs like the Apollo moon landings, NASA has turned to two commercial companies: SpaceX and Boeing.

The first crewed mission is a final step for SpaceX to verify that its Falcon 9 rocket and Crew Dragon capsule meet NASA’s requirements. SpaceX conducted a successful demonstration flight — without astronauts aboard — in March last year, but then ran into further obstacles and delays.

In January, SpaceX conducted another critical test, launching the capsule without anyone aboard and deliberately destroying the rocket to show that the escape system was capable of whisking astronauts to safety in case of an emergency.