Segway to End Production of Its Original Personal Transporter 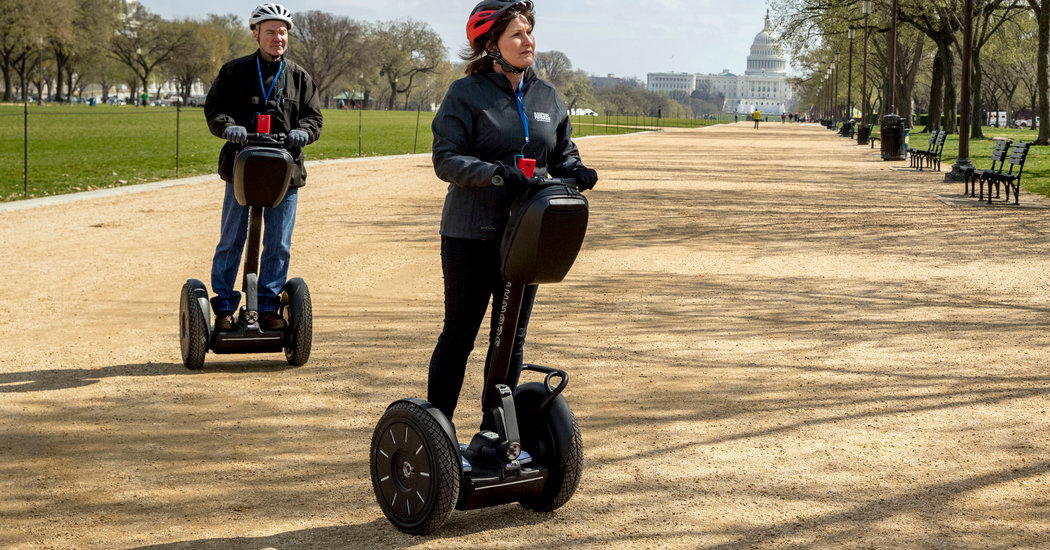 The Segway, the two-wheeled vehicle once hailed as the future of personal transportation, has reached the end of the road.

Segway Inc. is ending production of the Segway PT, the big-wheeled electric device that has become popular with tourists and police officers since its debut in 2001.

“Within its first decade, the Segway PT became a staple in security and law enforcement, viewed as an effective and efficient personal vehicle,” Segway’s president, Judy Cai, said in a statement. The company will end production of the vehicles on July 15, she said.

“This decision was not made lightly, and while the current global pandemic did impact sales and production, it was not a deciding factor in our decision,” Ms. Cai said.

The company was founded in 1999 by the inventor Dean Kamen, whose idea for the new transportation device grew from his early work on a motorized wheelchair that could climb stairs.

Initially called the Segway Human Transporter, the vehicle was the subject of hype and fevered speculation before it was unveiled in 2001 on ABC’s “Good Morning America.” The first models went on sale to the public through Amazon the next year, according to Segway.

The vehicle allowed users to ride vertically on a platform and change directions by shifting their balance and using the handlebars. But early on, the vehicles were banned in some cities because users tended to lose control.

Since its debut, the Segway has been mocked for being overhyped, and because of some high-profile mishaps.

In 2003, the company recalled the first 6,000 Segways it had sold after a glitch caused users to fall off the vehicles when the battery died.

That same year, President George W. Bush tumbled off a Segway at his family’s estate in Kennebunkport, Maine.

In 2009, a British businessman, James W. Heselden, acquired Segway Inc. A year later, he died after he plunged from a cliff in West Yorkshire while touring his property on a Segway, the authorities said at the time. He was 62.

In 2015, a cameraman riding a Segway ran into the Olympic sprinter Usain Bolt as he took a victory lap at the world track and field championships in Beijing. Mr. Bolt fell backward onto the cameraman’s legs, then quickly returned to his feet uninjured.

The Segway was also featured prominently in “Paul Blart: Mall Cop,” a 2009 comedy film starring Kevin James as a security guard who patrols a shopping mall atop a Segway.

Over the past two decades, Segway Inc. has expanded beyond its original core product. The company has introduced a compact electric unicycle and electric roller skates. In 2017, the company moved into the electric scooter business.

Segway Inc. said that it had sold 140,000 Segway PTs since its inception, and that the vehicles accounted for less than 1.5 percent of the company’s revenue last year. Twenty-one employees will lose their jobs; another dozen will remain for two months to a year and five will stay on at Segway’s manufacturing plant in Bedford, N.H., the company said.