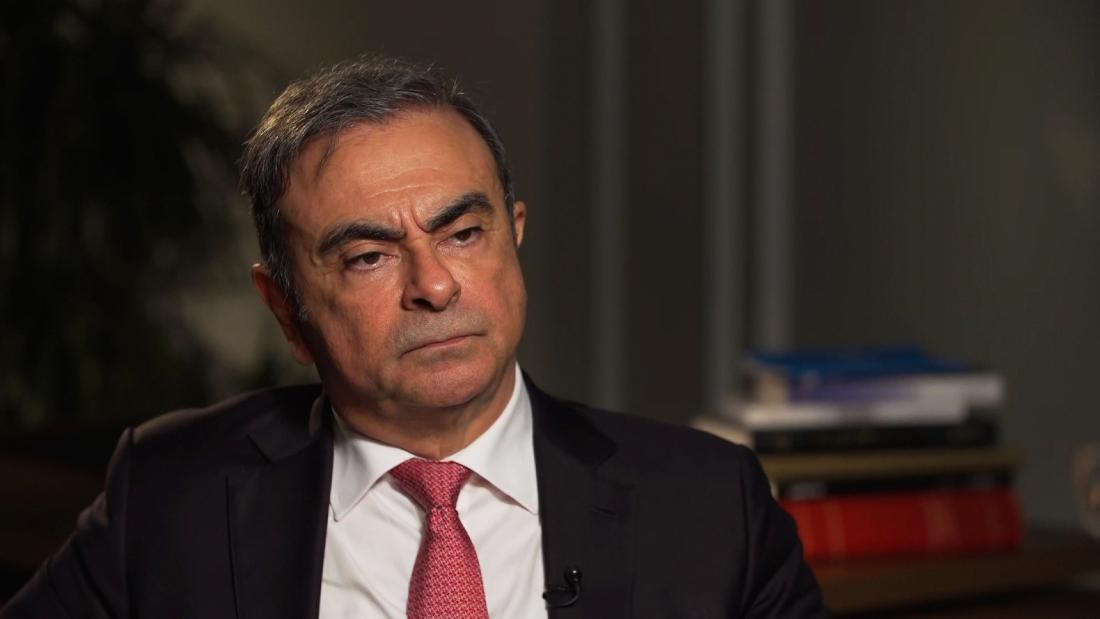 Michael Taylor, a former special forces soldier, and his son, Peter Taylor, were charged in Japan with enabling Ghosn’s escape, and arrest warrants were issued for them and a third man in January. The pair are due in Boston federal court for an initial appearance later Wednesday.

Details of the brazen extraction, including the use of two “large black boxes,” are laid out with cinematic sweep in a complaint that was unsealed on Wednesday after the Taylors’ arrest. The status of the third man accused of helping in the escape, George-Antoine Zayek, is unclear.

Peter Taylor had met with Ghosn, who was under strict bail conditions while facing financial crimes in Japan, at least seven times in the months ahead of the escape, according to the documents.

In late December, Peter Taylor flew into Tokyo and met Ghosn at the Grand Hyatt hotel. Meanwhile, Michael Taylor and Zayek flew into Osaka on a private jet from Dubai. The pair carried with them “two large black boxes.”

“The black boxes looked like they were for audio equipment, and Michael Taylor and Zayek told Kansai airport workers that they were musicians,” the complaint says.

Later, on the afternoon of December 29, the four men rendezvoused at the Tokyo hotel. From there, Peter Taylor went to Narita Airport and boarded a flight to China. The other three, including Ghosn, took a train to Osaka, where they regrouped at a hotel.

At 8:14 p.m., Ghosn, Michael Taylor, and Zayek arrived at the hotel and entered Room 4609. At 9:57 p.m., Taylor and Zayez emerged from the room with luggage, including the two large boxes, and headed towards the airport.

“There is no image of Ghosn leaving Room 4609. Instead, Ghosn was hiding in one of the two large black boxes being carried by Michael Taylor and Zayek,” the complaint says.

The baggage passed through a security check at the airport without being screened and was loaded on a private jet that departed for Turkey. Two days later, on December 31, Ghosn publicly announced he had escaped to his home country of Lebanon.

According to a detention memo, law enforcement moved to arrest the Taylors after discovering that Peter Taylor had booked a plane ticket to Lebanon scheduled to depart on May 20.

The court documents revealing the arrests were first highlighted on Twitter by Seamus Hughes, deputy director of the program on extremism at George Washington University

Michael Taylor has participated in daring extractions before. The New York Times hired Taylor after their reporter, David Rohde, was captured by the Taliban in Afghanistan in 2008, the paper has said. In 1999, Taylor was hired by a North Carolina family to return their daughter who had been stuck in Syria with her three children after fleeing an abusive husband, according to court documents.

A security firm that Taylor ran out of Boston, American International Security Corporation, claimed to have conducted “vulnerability assessments” for dozens of major international airports, according to an archived version of its website.

This story has been updated with additional information about the Taylors.