Want a heated steering wheel in your BMW? You’ll be able to download one via subscription 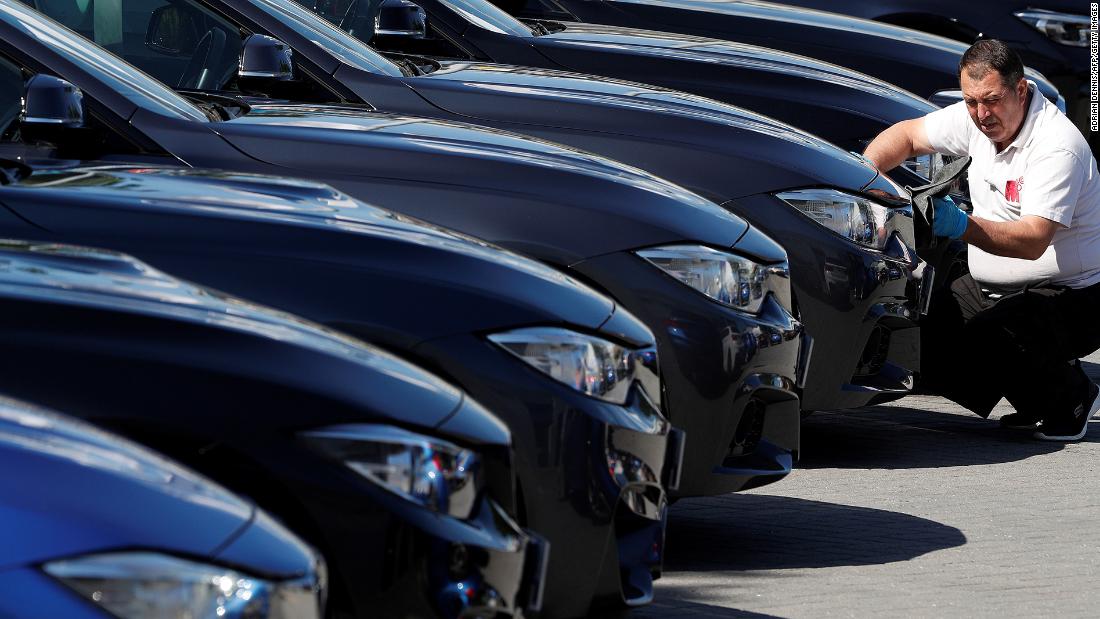 Welcome to the world of “digital personalization,” one in which BMW hopes owners will add or remove options to their vehicles through software updates. This could include tech features, like adaptive cruise control or lane keeping assistance, or comfort items such as a heated steering wheel.

Owners could buy these options for fixed periods of time almost like they were apps. In one example BMW provided, an owner could pay for heated seats for three years, the period of time the owner expected to have the vehicle. The next owner could then decide whether to pay for the seat heaters to work.

Which features will be included among BMW’s new digital personalization offerings will vary from market to market. For instance, heated seats would almost certainly not be included as part of the plan in the US, where they are expected as the norm in any luxury car, a BMW spokesman said. Other features that aren’t routinely expected, such as a heated steering wheel or some advanced driving assistance technologies, might be sold as options that can be engaged or disengaged.

All of these features require built-in hardware which will already be in the cars from the factory — such as sensors and cameras for lane keeping assistance or heating coils for heated seats and steering wheels — but owners could then purchase the software to make them work. The appropriate software changes could be downloaded at any time “over the air” without the owner having to visit a dealer to do it.

This would also allow owners to try out a feature for a period of time at no charge before committing to buying it. This is similar to the way that satellite radio is often offered for free on new cars for a few months then owners can decide whether they should get an ongoing subscription. BMW’s “digital personalization” will enable a host of other car options to be offered in much the same way.

Tesla (TSLA) cars already have similar capabilities and owners can download new features and even get more driving range through over-the-air updates.

BMW is currently testing this sort of “digital personalization” in the US with “BMW Driver Recorder,” a system that uses cameras built into the car like a dashboard camera. In the event of an accident, this system will keep a video recording of what was happening outside in the 20 seconds leading up to the crash. This can be helpful in proving who was at fault.

Around 500 BMW owners are currently trying out the feature in the US for one month and, if they want to keep it, they have the option of paying $39 a year, $99 for three years or $149 to keep it permanently. Other features will be offered with similar pricing models.

The capability to do this will come in a new version of BMW’s in-car software that will begin rolling out this month, the company said. All of the features will not be enabled in all markets, a spokesman for BMW North America said.

In some markets, BMW owners may also be able to pay for “authentic” BMW engine sounds that will come through the car stereo. In many BMW cars today, the engine sound is augmented inside the cabin with pre-recorded sounds from the stereo. These are tuned to match the engine speed and performance so they sound like actual sounds coming directly from the engine. This is done so that the cabin can be quiet during normal driving but occupants can still experience engine sound when it’s wanted, BMW executives have said.

Adaptive suspension, which can automatically adjust suspension stiffness depending on the road surface and how aggressively the car is being driven, is another feature that could be offered later through the “digital personalization” system, according to BMW.

The software update also includes a number of other new features, such as improved cloud-based navigation, better voice command systems and the iPhone digital key recently announced by Apple.