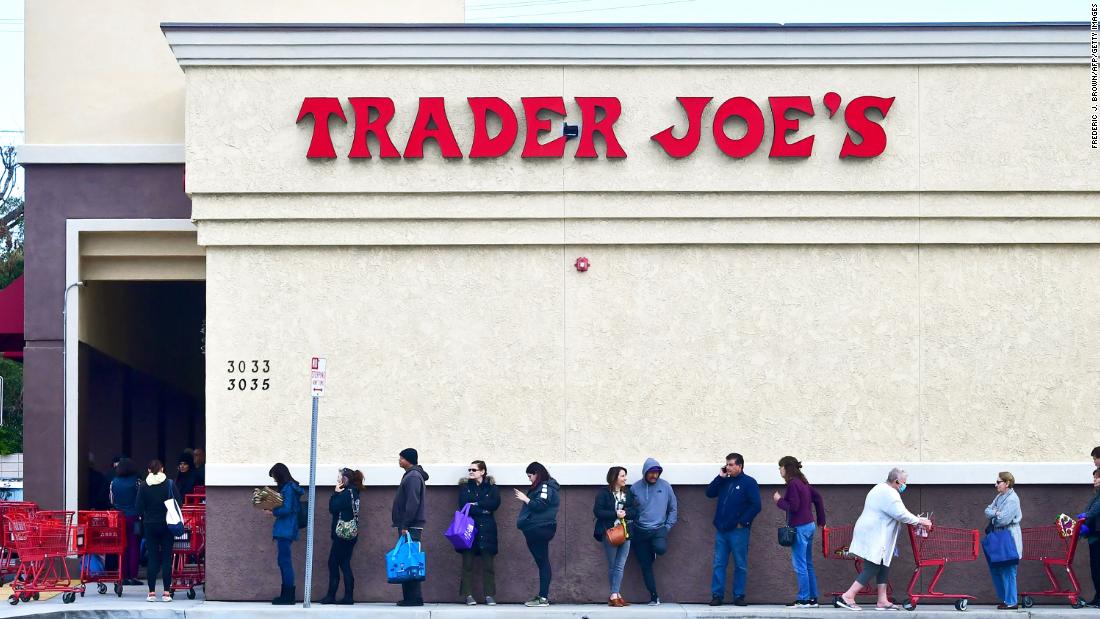 The lists of essential businesses are mostly the same: Health care services, grocery stores and gas stations make the cut. Malls, gyms and movie theaters do not.

But a closer look at state orders shows some inconsistencies: In Delaware, florists can still deliver bouquets. In Pennsylvania, medical marijuana dispensaries are OK but liquor stores aren’t. And in Arizona, golf courses can stay open, too — they’re essential businesses.

But because it’s up to the states, there are bound to be differences among them — and many lists are shifting as the pandemic does.

Liquor stores are considered essential businesses in every state that’s issued stay-at-home orders but one — Pennsylvania.

That could pose a major risk to substance-dependent people, said Bill Stauffer, substance use disorder counselor and executive director of the Pennsylvania Recovery Organizations Alliance.

The sudden shutdown caused sales to soar in Pennsylvania. On March 16, the same day the state announced all liquor stores would shutter by 9 p.m. the next day, there was almost $30 million in sales across nearly 600 liquor stores — perhaps the highest-earning day recorded, according to the Pennsylvania Liquor Control Board.

Gov. Tom Wolf said he’s reconsidering the ban based on concerns from industry groups and Department of Drug and Alcohol Programs.

But there are concerns, in Pennsylvania and in states where liquor stores are open, that climbing rates of unemployment and pandemic-induced stress could drive more people to the liquor store than usual. That’s why keeping mental health and substance abuse services open and available is essential, Stauffer said.

Substance use disorder recovery groups such as Alcoholics Anonymous are moving online and mental health counselors are conducting appointments over video, but those methods aren’t always effective for substance-dependent people who are detoxing, he said.

“Addressing people’s substance use and mental health needs are critical components of us resolving this,” Stauffer said. “Without that, it’s going to be a whole lot worse.”

Firearm retailers aren’t specifically mentioned in most states’ lists of non-essential businesses, so they’re assumed to be non-essential. But in many cities within those states, the mandates aren’t being enforced, so they’re staying open anyway.

Gun stores provide a “valuable public service,” the sheriff’s department said in a statement, and closing them could drive illegal firearms sales.
But things are different 120 miles away in Los Angeles, where police on Tuesday added 1,300 deputies to crack down on gun stores that stayed open despite Gov. Gavin Newson’s stay-at-home order.

When firearms didn’t make Pennsylvania’s list of essential businesses, locals flooded state gun stores to stock up before they shut indefinitely. The governor later updated the state’s list of “life-sustaining businesses” to include gun stores — but with some limitations. Under the new order, firearms dealers must operate under limited hours on an individual appointment basis to comply with social distancing measures.

Most states that have legalized medical or recreational marijuana have allowed dispensaries to remain open. Advocates say the substances can be life-sustaining for millions of patients.

Many people rely on medical cannabis to alleviate seizures, chemotherapy-induced nausea and symptoms of post-traumatic stress disorder, according to the Marijuana Policy Project, a cannabis legalization organization, in an open letter to state governors.

“Cannabis is a crucial part of the treatment regimens of hundreds of thousands of individuals, including many who have vulnerable immune systems because of their advanced age or a serious medical condition,” the organization’s letter read. “For these individuals, the uncertainty created by the crisis we face is compounded by the prospect of losing access to a treatment option that is essential to their well-being.”

Physicians in every state have called on residents to cancel all non-essential appointments and elective procedures to avoid burdening the health care system.

In Texas and Ohio, two states that have moved to restrict abortion access before the pandemic, abortions may be considered non-essential.

Ohio Deputy Attorney General Jonathan Fulkerson sent letters to three abortion providers and asked them to halt all “non-essential abortions.” He said abortions considered non-essential are “those those that can be delayed without undue risk to the current or future health of a patient.”

Texas lawmakers didn’t make a distinction. Texas Attorney General Ken Paxton confirmed that abortion was included in Gov. Greg Abbott’s order that health care providers “postpone all surgeries and procedures that are not immediately medically necessary to correct a serious medical condition of, or to preserve the life of, a patient.”

Providers that violate the order “will be met with the full force of the law,” Paxton said in a statement. Violations could land providers with $1,000 fines or up to 180 days in prison.

States have made some unexpected additions to their “essential” businesses lists.

In Delaware, florists can still make deliveries, for one.

“We felt like they could operate much like restaurants under those restrictions — that they could perform delivery services,” Delaware’s Division of Small Businesses director Damian DeStefano told radio station WDEL. “They’re also needed for certain essential events from time to time.”

And while Arizona’s national parks are closed, many golf courses in the state aren’t.

“We thought — and we still do — that playing golf while exercising caution and sensitivity to everyone around you, remains a viable outdoor activity,” Barr said, according to The Arizona Republic.

Big box retailers are obligated to stay open. But most states are allowing office supply stores and hardware retailers to stay open, too — think Staples and Ace Hardware — because they sell supplies to help transition employees to work from home.