CBO report: Unemployment rate won’t recover for the next decade 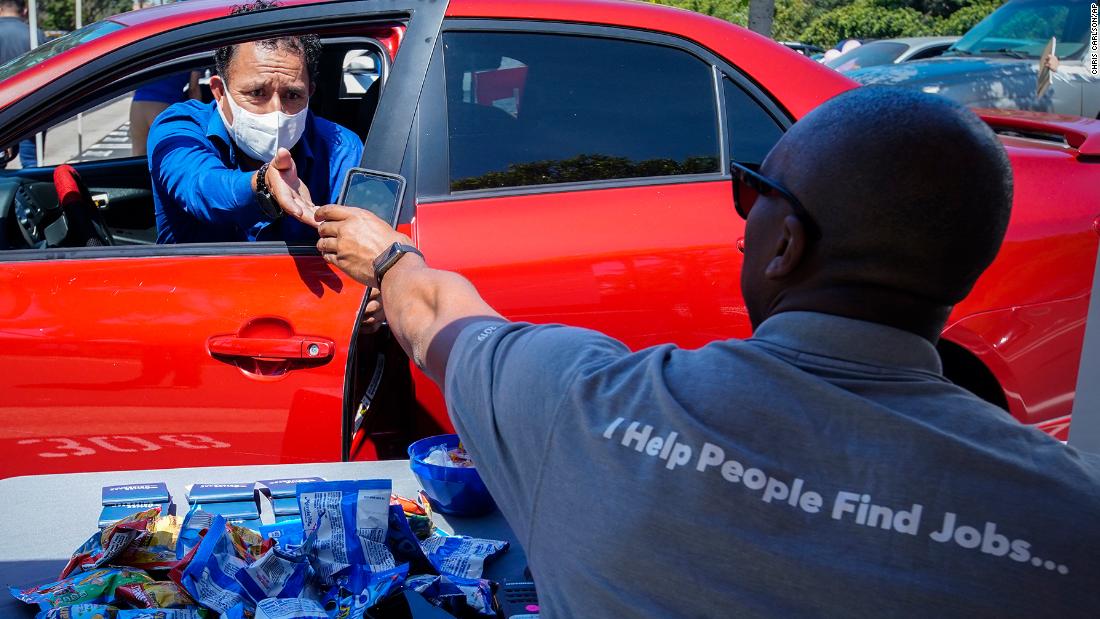 The Covid-19 outbreak and subsequent lockdown has brought the economy to a stop, and even though states are slowly reopening, it will be a tough next decade as the country recovers from this recession, according to the CBO.

On top of that, the forecast is riddled with uncertainty in terms of the virus itself, changes to consumer behavior and policy responses, the CBO cautioned.

Meanwhile real US gross domestic product, the broadest measure of the economy, will be an average 3.4% lower over the next decade than what was originally predicted in January. It will take until 2028 until GDP will grow in line with long-term trend growth again.

And that’s not all: This recession could nearly quadruple the federal budget deficit this year, pushing it to a whopping $3.7 trillion, according to projections from April.
Interest rates are expected to remain low for the foreseeable future, say the Federal Reserve and the CBO, to encourage economic activity.

But whether the worst is already behind us remains to be seen. The CBO projects the unemployment rate to peak in the third quarter before falling rapidly in the remainder of 2020 and throughout 2021.

So far, unemployment peaked in April at a rate of 14.7%. More than 20 million jobs vanished that month. But since then, America has seen a record number of jobs resurface as the economy reopens.
The Bureau of Labor Statistics reported earlier Thursday that a record 4.8 million jobs were added in June, bringing the unemployment rate to 11.1%. Yet the economy is still down 14.7 million jobs since February.

Still, with worries about rising Covid-19 infection rates in parts of the country, some states are putting their reopening on hold. For people who were laid off, that means more time out of the labor market.