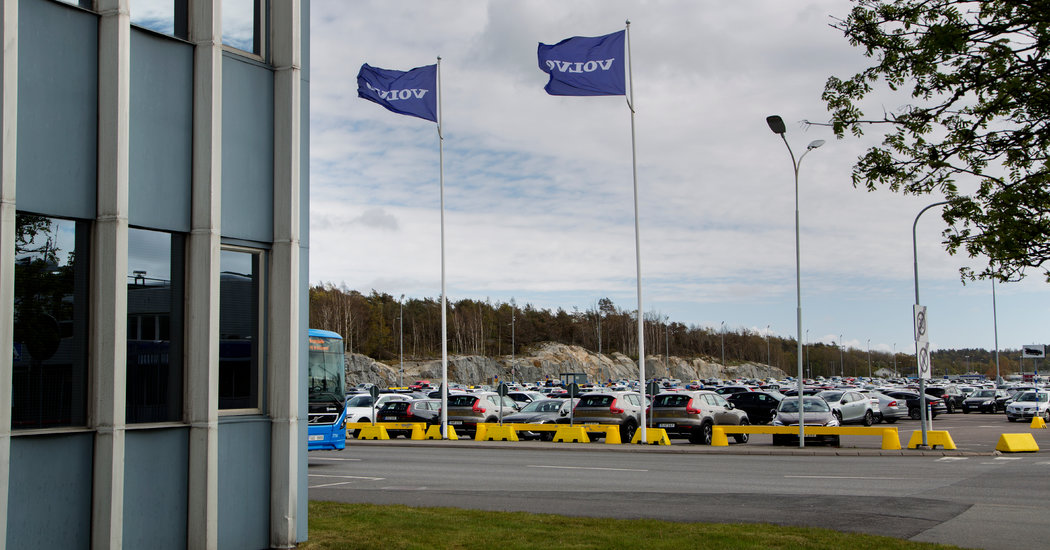 When a company controlled by the Chinese government bought a stake last month in Norwegian Air, a troubled airline, it was just the kind of opportunistic acquisition that European political leaders were worried about.

Officials in Brussels and in numerous European capitals have been hurriedly erecting legal obstacles to such deals. Their fear: that Chinese investors backed by Beijing will exploit the pandemic to snap up financially distressed European companies at bargain prices.

On Wednesday, the European Commission, the European Union’s executive branch, unveiled proposals intended to prevent foreign investors from using government subsidies to outbid competitors for European assets. The proposal is clearly aimed at China, which is often accused of unfairly providing financial support to key industries.

Unlike the United States, which screens foreign investment for security threats, Europe has few tools to scrutinize deals. The proposals are “like security at the door,” Margrethe Vestager, the European competition commissioner, said at a news conference in Brussels. “They are about checking for trouble before it happens.”

The action comes as countries including Austria, the Czech Republic, Germany and Poland are in the process of giving themselves more power to examine acquisitions and block investments seen as a threat to national interests.

Aside from a few isolated cases like the acquisition of the stake in Norwegian Air, the budget carrier which was on the brink of bankruptcy because of travel restrictions, there isn’t yet much evidence that Chinese companies are on a buying spree in Europe. (Norway, where the airline is based, is not a member of the European Union but has a free-trade agreement with the bloc and observes most of the same rules.)

On the contrary, Chinese investment in Europe has been declining steeply. Chinese investors spent about 12 billion euros, or $13 billion, in Europe last year, only a third of what they spent in 2016, according to research by Rhodium Group and the Mercator Institute for China Studies in Berlin.

Chinese investors have become more selective, in part because China’s economic slowdown means they have less money and in part because the government has clamped down on sometimes reckless adventures abroad by Chinese firms.

“The worry is not the volume of investment,” said Agatha Kratz, a specialist in Europe-China relations at Rhodium Group, a research organization. “The worry is about one or two or three acquisitions that could affect European competitiveness.”

Instead of big deals that generate a backlash, like the takeover of German robotics maker Kuka in 2016, Chinese companies have focused on smaller deals that give them access to key technology. An example is Chinese e-commerce giant Alibaba’s acquisition last year of Data Artisans, a Berlin firm that specializes in managing large quantities of data.

The Chinese are not the only investors that European leaders are worried about. On Monday, the German government said it would take a 23 percent stake in CureVac, a German company that is working on a promising coronavirus vaccine. Berlin’s involvement was seen as a way of fending off the Trump administration, which was reportedly interested in the firm’s technology.

Chancellor Angela Merkel’s government has also proposed changes to existing laws that would require foreign investors to get approval to buy 10 percent or more of firms active in critical industries like pharmaceuticals, automobiles or artificial intelligence. People who try to circumvent the rules would face criminal penalties.

“We don’t want critical infrastructure, like electricity, water and streets, to be taken over by companies when we’re not 100 percent sure what their intentions are,” Peter Altmaier, the German economics minister, said during a debate in Parliament in April.

European countries still want Chinese money. Even with new restrictions, it will be easier for Chinese investors to buy assets in Europe than in the United States, which screens foreign investments for threats to national security. But European governments have become warier of Chinese intentions and are demanding that China give European companies the same freedom to invest in Chinese companies that Chinese investors have in Europe. China often requires foreign companies to share sensitive technology and operate through joint ventures with Chinese partners.

The proposals announced Wednesday by the European Commission are the first step toward legislation that would compel foreign investors to disclose whether they receive state support. The commission could also investigate companies suspected of receiving subsidies.

European officials would acquire power to impose conditions on subsidized investors, such as forcing them to share technology with competitors. In some cases, Brussels or European countries could block deals altogether.

The measures would give European officials “very broad powers,” said Horst Henschen, a lawyer in the Frankfurt office of Covington, a law firm.

Authorities could interfere with deals “based on the mere fact that the foreign company enjoys business advantages because it received subsidies or has access to preferential financing,” Mr. Henschen said in an email.

Ms. Vestager said that the commission was not singling out China or trying to keep foreign investors out. “There is no specific country we are thinking of,” she said. “We want reciprocity and a level playing field.”

Chinese companies already have a major presence in Europe after investing more than 160 billion euros, or $180 billion, since 2000, according to research by Rhodium and the Mercator Institute for China Studies in Berlin.

Germany has long been one of the countries most welcoming to Chinese investors. Until recently, the Chinese market has been a bonanza for German carmakers, which produce more vehicles there than they do at home.

But a political turning point came in 2016 when Midea, a Chinese appliance maker, bought Kuka, a German company that makes robots used in manufacturing. German officials had few legal tools they could use to maintain control over a leading edge technology. There was also alarm in 2018 when Li Shufu, the chairman of Geely Auto, bought just short of 10 percent in the car and truck maker Daimler, a symbol of German industrial might.

European officials realized that Chinese investors often had implicit or explicit financial backing from the government, making them de facto instruments of foreign policy. The deal for Norwegian Air was an example. The Chinese government controls BOC Aviation, an aircraft leasing company that last month agreed to take 13 percent of Norwegian in lieu of money that the airline owed.

The deal was part of a government bailout that helped the airline avert collapse, illustrating an important point: Europeans may be wary of Chinese investors, but sometimes they also need them.

“We have learned in recent years that we need tools to protect the German economy and Germany from undesirable investors,” Andreas Lämmel, a member of Parliament from Ms. Merkel’s Christian Democratic Union, said during the April debate. “But it can’t be an impermeable shield.”