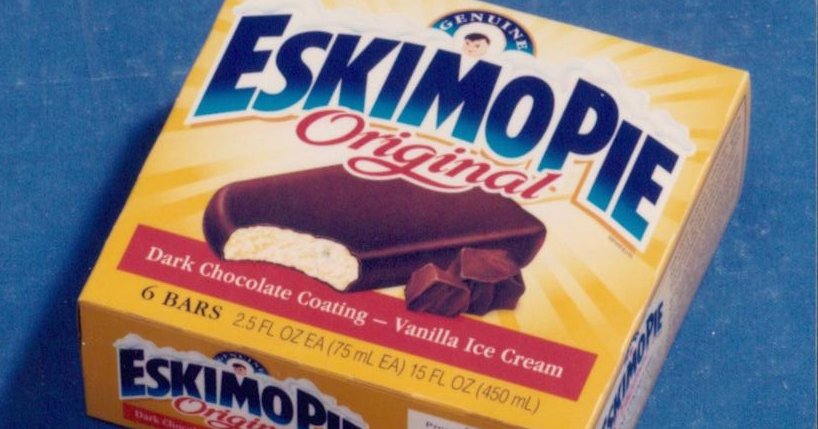 The name attached to Eskimo Pie, the chocolate-covered ice cream treat that has been around for nearly a century, will soon be retired in what is the latest product to yield to growing pressure to remove or rethink brands that have long been considered racist or culturally insensitive.

Dreyer’s Grand Ice Cream, which owns the dessert, said it would be changing the product’s brand name and marketing.

“We are committed to being a part of the solution on racial equality, and recognize the term is inappropriate,” Elizabell Marquez, head of marketing for Dreyer’s, said in a statement on Saturday. “This move is part of a larger review to ensure our company and brands reflect our people values.”

The company said it plans to have a new name by the end of the year and will discontinue the character of the Eskimo.

The packaging has long featured a small, dark-haired child wearing mittens and a heavy parka with a fur-lined hood. The term Eskimo is commonly used in Alaska to refer to all Inuit and Yupik people but it is considered derogatory by many who associate it with racist, non-Native colonizers who settled in the Arctic and used the term.

In 2009, a young Inuit woman publicly denounced Pascall, a candy manufacturer in Australia and New Zealand, for appropriating her culture to sell its “Eskimo” marshmallows and other sweets. The woman, a Canadian tourist, described how shocked she was to find the candies while visiting New Zealand and described to reporters how as a child other children mocked her by calling her an Eskimo.

The company refused to change the name.

In Canada, an organization that represents the Inuit has called on the Edmonton Eskimos, a professional football team, to change its name.

The statement by Dreyer’s was the latest in a string of announcements by companies that they would remove, rename or review brands that have been criticized for using racist imagery to sell products.

The decision to change the branding around the Eskimo Pie was announced on Friday, the same day that consumer giant Johnson & Johnson said it would no longer sell Neutrogena Fine Fairness and Clear Fairness by Clean & Clear, which have been advertised as dark-spot reducers but used by some purchasers to lighten skin tone.

Those product lines were not distributed in the United States and sold only in Asia and the Middle East.

On Wednesday, the owners of Cream of Wheat, Uncle Ben’s rice and Mrs. Butterworth’s all said they would be reviewing how the brands’ products are packaged, the same day that Quaker Oats said it would retire the name and image of Aunt Jemima.

Quaker Oats acknowledged the logo of the pancake mix and syrup brand, a grinning black woman, was based on a racial stereotype.

The Eskimo Pie was invented by Christian Kent Nelson, who was inspired by a boy who came to his confectionary shop in Iowa in 1920 and could not decide between an ice cream and a chocolate bar, according to a 2017 article in Smithsonian magazine about the history of the treat.

When Mr. Nelson asked why he did not buy both, the child replied: “Sure I know — I want ’em both, but I only got a nickel.”

Mr. Nelson began looking for ways to make melted chocolate stick to frozen ice cream and eventually figured out that cacao butter was the perfect adherent, the article said.

The ice cream bricks were first called “I-Scream Bars.” It was not until Mr. Nelson became partners with Russell C. Stover, a Colorado chocolate maker, that the name was changed to Eskimo Pie.

The invention made Mr. Nelson “rich overnight,” according to a 1922 New York Times article about the dessert. By then, Mr. Nelson, then barely 29, was making $30,000 a week in royalties from sales of the product.

“Probably no innovation of recent years designed to meet the cravings of a sweet tooth has met with such instantaneous success in New York, Chicago and other cities,” The Times reported.