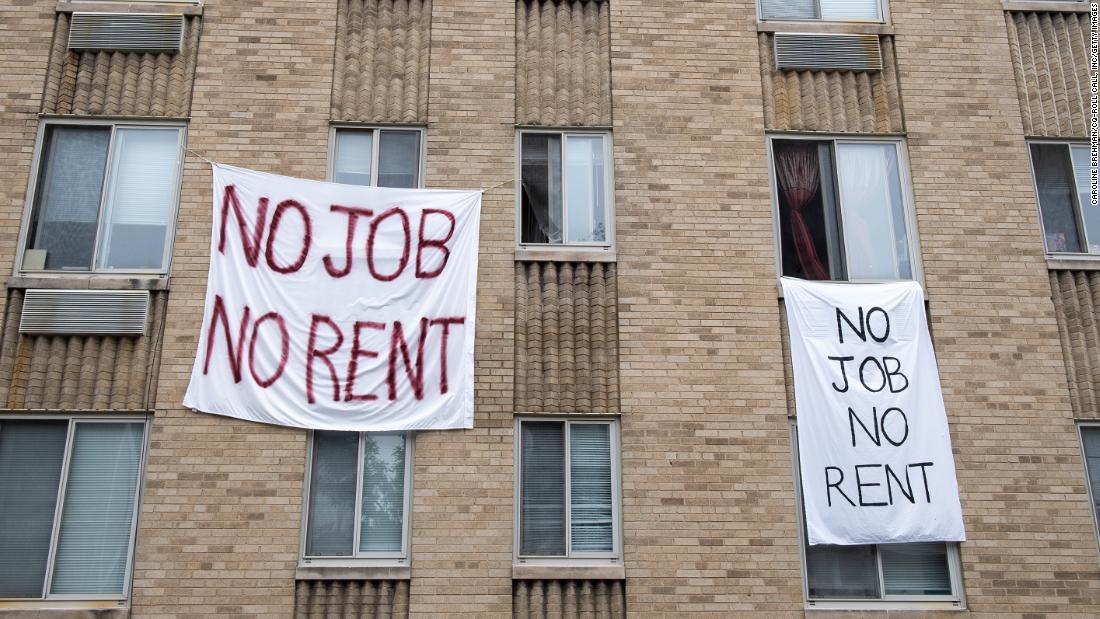 Another 2.4 million Americans filed for first-time benefits last week, the Department of Labor reported on Thursday. In total, 38.6 million people have filed for initial unemployment aid since mid-March, when lockdowns began in full force across the country.

In a quirk that you don’t see every week, claims for the week ended May 9 were revised down rather sharply — from nearly 3 million to 2.7 million. Although that’s welcome news, it was expected, caused by a reporting mistake from Connecticut’s Labor Department that way overreported the number of claims from the prior week.
Now the (relatively) good news: First-time claims have declined for seven straight weeks. They peaked at 6.9 million in the final week of March.

But joblessness remains a crisis in the United States. Wide swaths of the country’s labor market will remain closed as the coronavirus makes returning to work impossible for many Americans. Economists expect many — but not all — jobs will return as the economy reopens. But experts remain concerned that some jobs will be permanently eliminated by this crisis.

Continued jobless claims — which count people filing for unemployment benefits for at least two-weeks in a row — rose to 25.1 million. Economists are paying more attention to how many people are claiming benefits longer-term to understand how the labor market is recovering as the economy is beginning to reopen.

But unemployment claims are not equal to lost jobs. The two numbers are based on different surveys.

The Bureau of Labor Statistics last jobs report showed some 20 million jobs got wiped out in April, while the unemployment rate jumped to 14.7%, its highest level since the agency began tracking it in 1948.